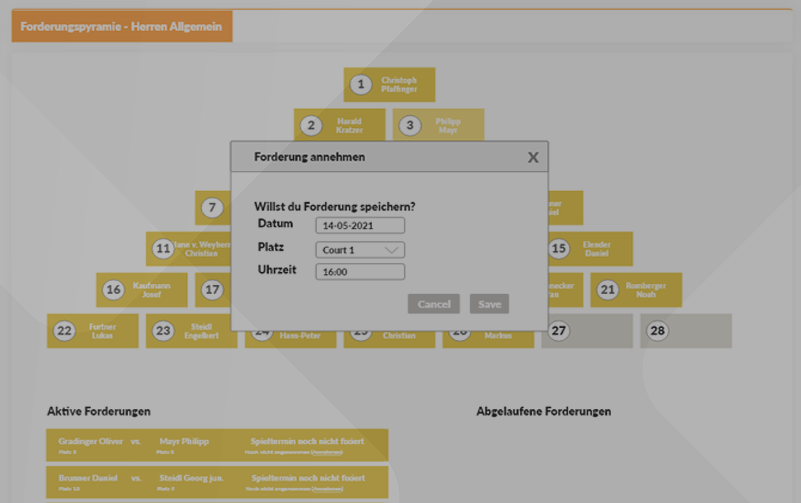 Pyramid tournaments in tennis can be a lot of fun and are often a great way to keep people excited about playing the sport. It’s not just about winning or losing; it’s more about seeing how far you can climb the ladder to snag one of the top positions. If you’re curious and wondering, What is a pyramid tournament in tennis? Then this comprehensive article will tell you everything you need to know about playing in a tennis pyramid tournament.

What is a pyramid tournament in tennis?

A tennis pyramid tournament, aka ladder tournament, is a competition that allows tennis players to move up strategically and down a ladder according to their match wins. The player who reaches the top of the pyramid and remains in that spot is declared the winner.

However, many tennis pyramid tournaments don’t have a set deadline in mind, and they allow these to go on indefinitely. This is a competitive philosophy that keeps members of a club engaged with the game of tennis.

There is nothing more exciting than seeing your name on a board that continues to go up or, in some cases, down the rungs of the ladder. Either way, it builds hype and keeps players focused on bringing their best game to the court.

How does a pyramid tournament in tennis work?

In simple form, any player can challenge another player that holds a higher position on the ladder. However, there are many modifications that club owners can implement, such as requiring an opponent to be within a certain range on the pyramid before scheduling the challenge match.

This prevents somebody at the bottom of the pyramid from bypassing all the players in the middle and going straight to the top player. This concept suggests that a tennis player must earn their position and can only challenge the opponent that holds the current spot above them.

Depending on how big a tennis club is or how many members decide to participate in the pyramid tournament can determine the challenge’s longevity. This is why most club owners will use scheduling software like Court Reservation to ensure that all the competitions are organized accordingly. 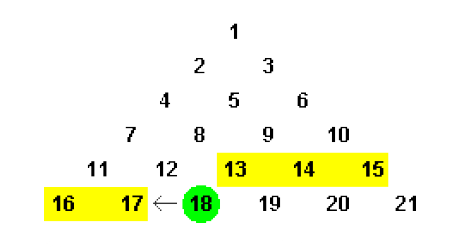 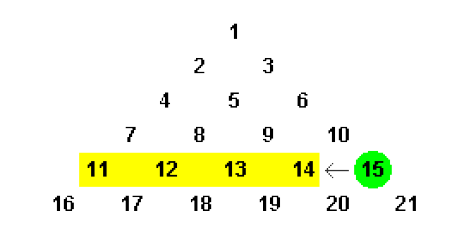 There are standards put in place to ensure every tennis player is set to play an opponent in their same skill category. This makes the tournament fair and provides each player an equal opportunity to reach the top of the pyramid.

The tennis pyramid tournament can be designed to accommodate both single and doubles matches. If the club has enough members, they might even have a separate contest for each class based on skill sets.

Many players will search their opponents based on rating or skill, and depending on the player’s availability, they may choose to schedule their match as quickly as possible.

As we mentioned above, tennis club owners can decide whether to put a deadline on a tournament to declare a winner. Many of these types of competitions are designed to allow players to pick and choose who they want to challenge.

In some cases, more than one tennis club is involved, and players can pick and choose the location they want to play at as well. Most match times are standard unless a mutual agreement was set forth to allow longer match formats.

Typically these types of events are open to all ages and include both men and women tennis players. However, there could be limitations to how young players can be, and in some cases, a separate pyramid tournament will be established to accommodate the younger generations.

In some tennis pyramid tournaments, players are ranked according to their skill level and can only challenge players that are equal to them or above their rating. This helps encourage less skillful players to work on their game and challenge the next level of ranking above them.

This also prevents a player with a higher skill level from challenging another player in a lower-ranking position. This may seem absurd, but you’d be surprised what some players will do for an ego boost.

Are there prizes awarded at some point?

Yes, there are milestones in many tennis pyramid tournaments, such as every three or six months when that phase of a tournament is determined as a ‘final results’ board. In that case, there usually are prizes awarded to the top positions.

It isn’t uncommon for these types of competitions to go on for years. They are considered a fun way to enjoy tennis and allow players to compete whenever they desire.

Some believe that these tournaments are great for morale and keep people motivated to stay physically active.

How do tennis club owners schedule these types of tournaments?

It can be a rather challenging task to keep a pyramid tournament organized. However, many club owners are turning to software like Court Reservation to make the process much more efficient and easier to schedule.

When a tennis club owner or organizer uses scheduling software, they are able to:

If you’re a club owner, you now know what tools are necessary to keep your tennis tournament organized and scheduled without any issues. 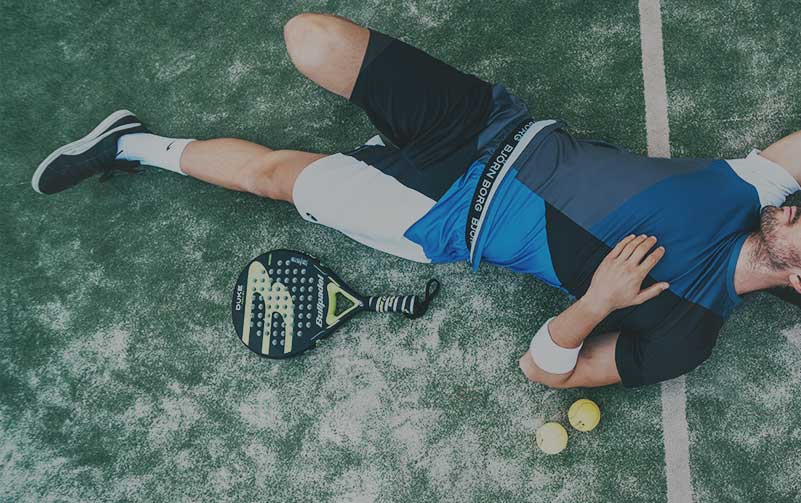 It’s a sport that’s gathering a lot of interest these days and for good reason. Padel tennis is tennis with a kick, incorporating the walls and a new set of rules that are sure to keep your doubles-games exciting, competitive, and energetic. So, how is played and what do you need to get started? Today we are going to discuss how to play Padel tennis and let you know exactly what you need to start playing this exciting game for yourself. It is highly addictive, however, so consider yourself thoroughly warned!

What is Padel tennis?

The first Padel tennis court was built by a man named Enrique Corcuera in 1969, at his vacation home in Acapulco. While he is given credit for inventing the game, some claim it goes back as far as the 1920’s, but whatever the case the game caught on. With the first official Padel courts soon built afterward in Spain, it got European attention and visiting Argentinian Polo players even took it back with them to South America.

Fast forward to modern-day and it’s all over the world, with a recent popularity boom which is growing in Sweden. It’s fun, fast-paced, and great for a little variety in your sports routine. There are, however, a few things that you will need if you want to get in on the action.

A Padel court is a 4-walled area of play that has dimensions of 20 x 10 meters. It’s got a net in the center like you would with tennis, however, part of the fun is the fact that you can use the walls! The playing surface is supposed to be terracotta in shades of blue or green (per the official rules), but the court surface could be cement or even synthetic grass.

What equipment do you need?

As Padel tennis is usually played with doubles, you’ll need a racket for yourself and your partner will need to get one. The same goes for your opponents and once you’ve got these, the balls, and have reserved a place to play you are ready to try Padel tennis.

The start of the match involves a coin-flip in order to decide which side will be serving first. The winner also gets to choose which side that their pair will be playing on. The serve is an underarm serve, below hip-height, and the ball is bounced into play, rather than launched as you would in tennis. Now you just need to know how to score and how to win, so let’s proceed and get you ready to play. 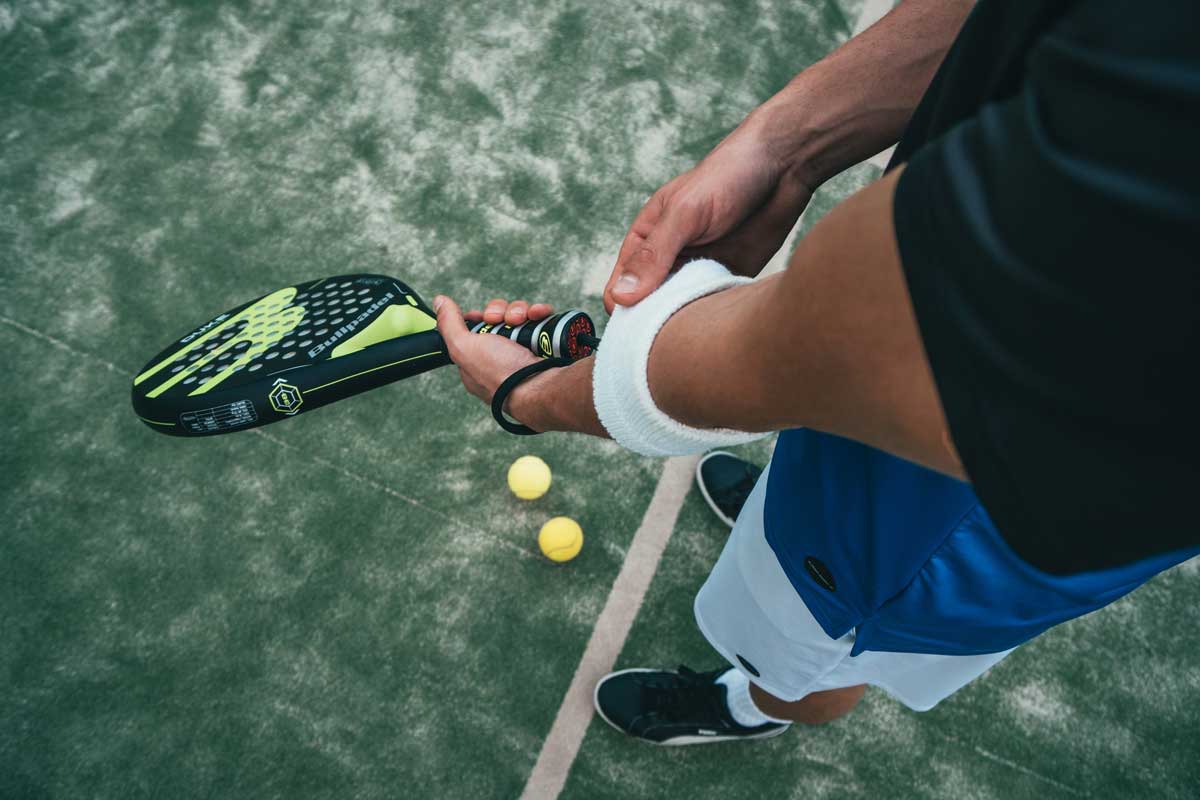 What are the rules for playing Padel tennis?

Padel Tennis has your basic tennis rules but there are a number of variations that you will need to learn since you are incorporating the walls. Here are the ways in which you and your partner may score points:

How do you win the game?

Scoring is done like tennis, with counts of 15, 30, 40, and then the game is won. A 40-40 tie in Padel is referred to as a ‘Deuce’ and is settled by the first side to score again twice. You and your opponent will play for the best out of 3 sets and each set will consist of 6 games.

This gives you plenty of time to work up a sweat and a strategy and once you’ve had a taste of Padel action you won’t be going back soon to Tennis.

So, what are you waiting for?

Now that you know the rules you are ready to give this popular game a try and see what all the fuss is about. Get your gear and make a reservation at your nearest Padel court location, which you can find via Google if you just do a search for ‘Padel court locations near me’. Finally, get plenty of sleep the night before, because this game gets crazy and you are in for a workout.

Good luck and we hope you have a great time discovering your new favorite sport! 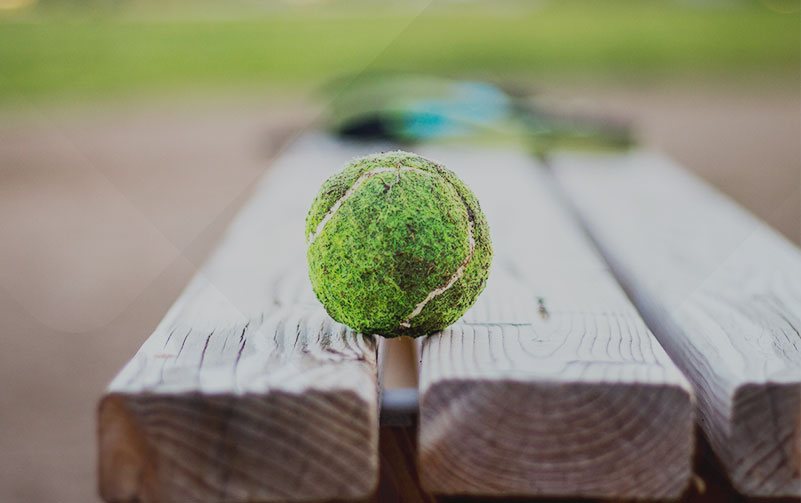 The following rules of conduct and safety measures are guidelines and recommendations that we have drawn up from various sources and guidelines. They should help your tennis club in handling the current corona (COVID-19) pandemic. The responsible operator can copy these and adapt them for their own purposes.

For the operation of tennis facilities during the global corona pandemic, we defined three areas, for which the following rules of conduct and safety measures are relevant.

The club board members, but also each individual member, are responsible for being compliance with the rules listed below. 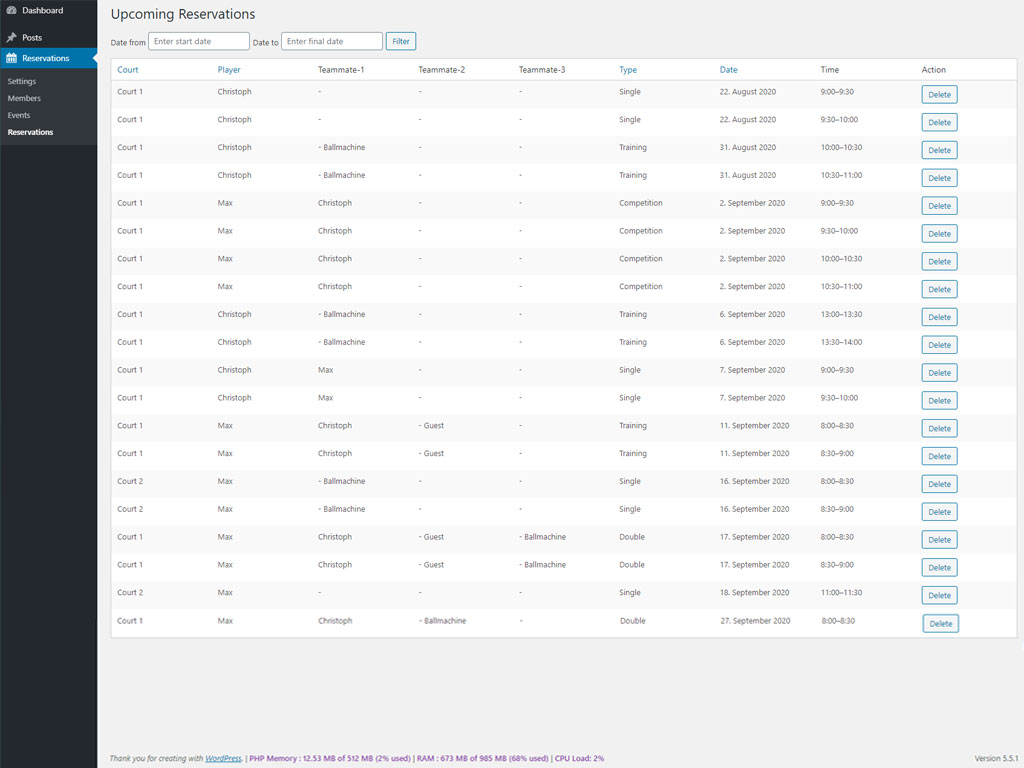 Any liability on the part of Court Reservation or Webmühle e.U using the rules of conduct and safety measures is excluded.